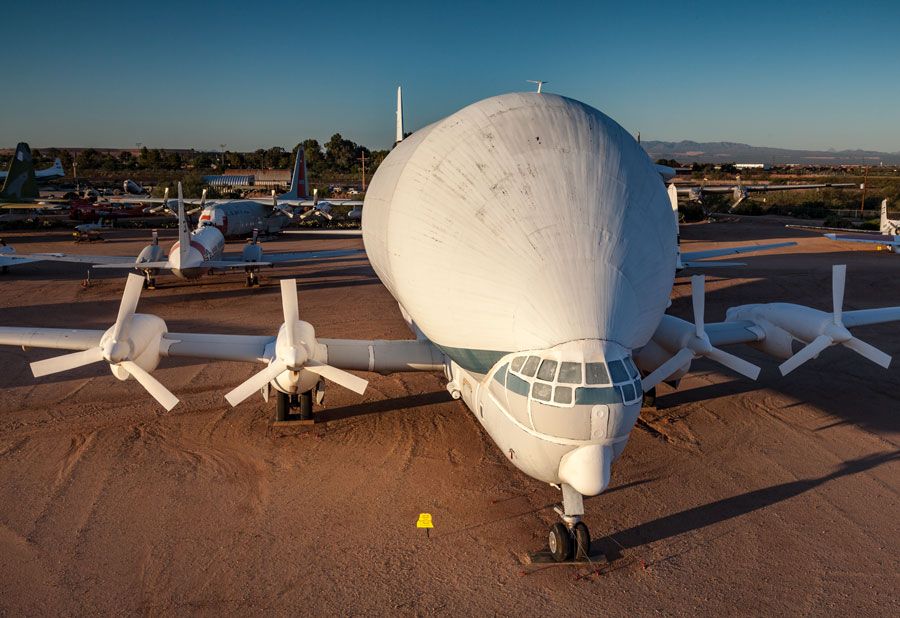 Written by pimaair on November 19, 2019. Posted in Aero Spacelines. 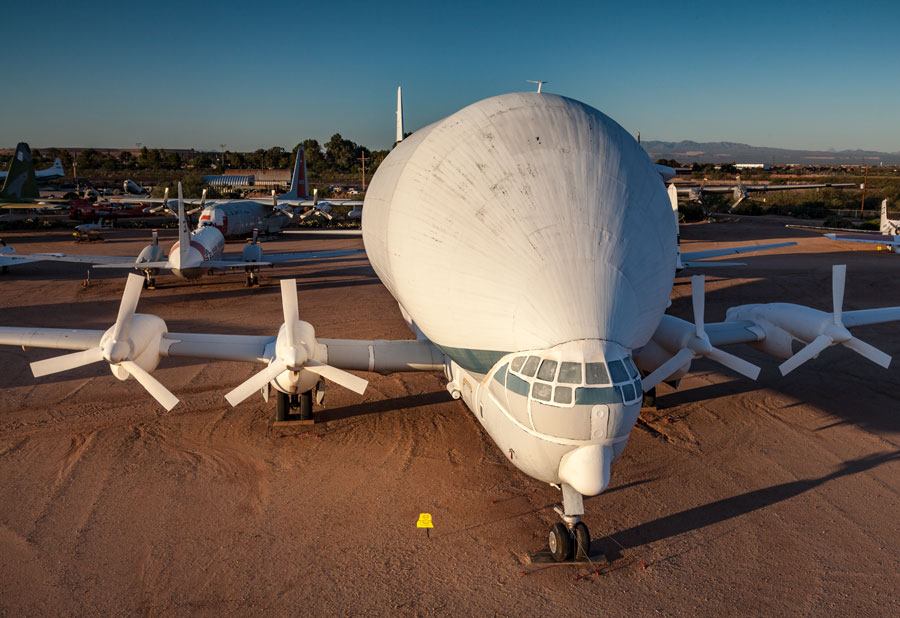 Based on the Boeing C-97 cargo plane and the Boeing 377 airliner, the huge “Guppy” super-transports are some of the most unique aircraft ever built. Designed to carry very large, but relatively light cargos, the Guppies were built from parts of retired U.S. Air Force C-97 Stratofreighters and airline 377 Stratocruisers. The planes proved to be very useful for carrying segments of rockets and many of the Saturn rockets that powered the Apollo Program were transported in the Super Guppy. This is the second Guppy, the first “Super Guppy” built. Its parts came from at least two different aircraft. Most of the airframe came from a former Pan American Airways airliner. However, the wings, engines, and forward fuselage came from one of the Air Force’s experimental turbo-prop powered YC-97J aircraft. The Super Guppy continued in use by NASA until 1991 when it was retired in favor of a younger Super Guppy.