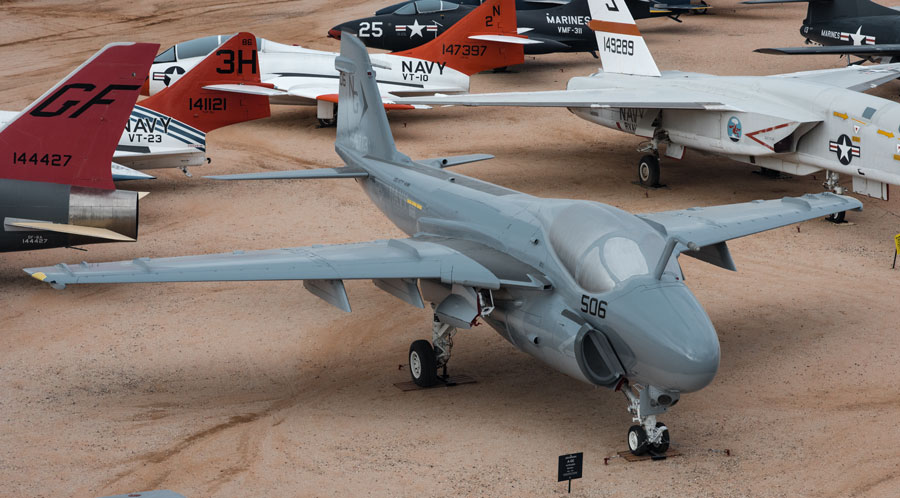 Designing of the A-6 began in 1957 in response to a U.S. Navy request for an aircraft to replace the Douglas Skyraider.  The prototype A2F-1 Intruder flew on April 19, 1960.  In 1962, the Intruder was redesignated as the A-6 under the joint Navy/Air Force designation system.  Production of the A-6E version of the intruder began in December 1970, though many earlier A-6A aircraft were converted to A-6E standards.  The A-6E featured up-graded targeting sensors and computers as well as new engines.  Eventually the TRAM (Target Recognition Attack Multisensor) turret was installed in the Intruders to provide even better target recognition at night and in bad weather using infra-red cameras and laser target designators.  The Intruder was retired from service by the U. S. Navy and the Marine Corps in 1997.