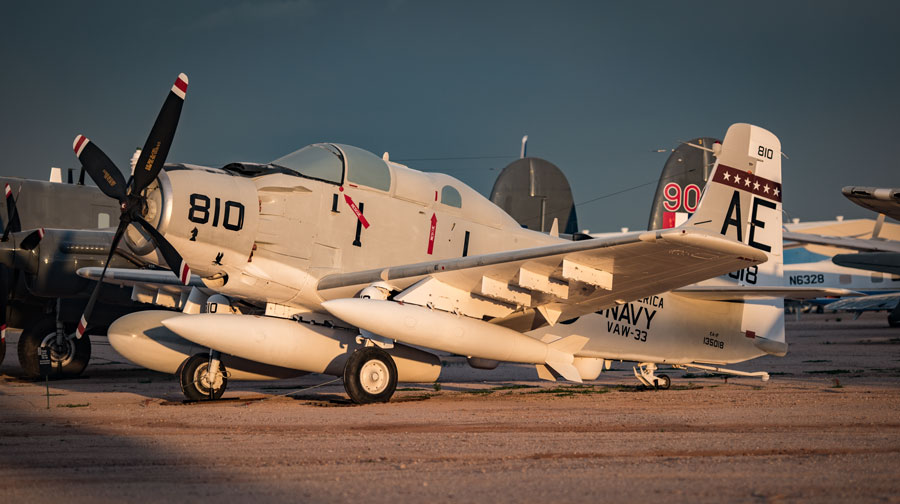 The design of the Douglas Skyraider dates to 1943 when the U.S. Navy requested a single seat aircraft capable of acting as both a dive bomber and a torpedo bomber.  The prototype first flew in March 1945.  The design was very well received during testing and the first aircraft entered service in 1946 as the AD-1.  The Skyraider proved to be a very adaptable design and production of eight major models and thirty-seven variants continued until 1957 with 3,180 built.  The basic AD-5 model appeared in 1950 as a two seat anti-submarine aircraft with a wider and slightly longer fuselage.  The larger fuselage allowed more extensive modification into a four seat electronic countermeasures aircraft designated AD-5Q.  In 1962, these aircraft were redesignated as EA-1F.  A small number of them remained in service as late as 1979.