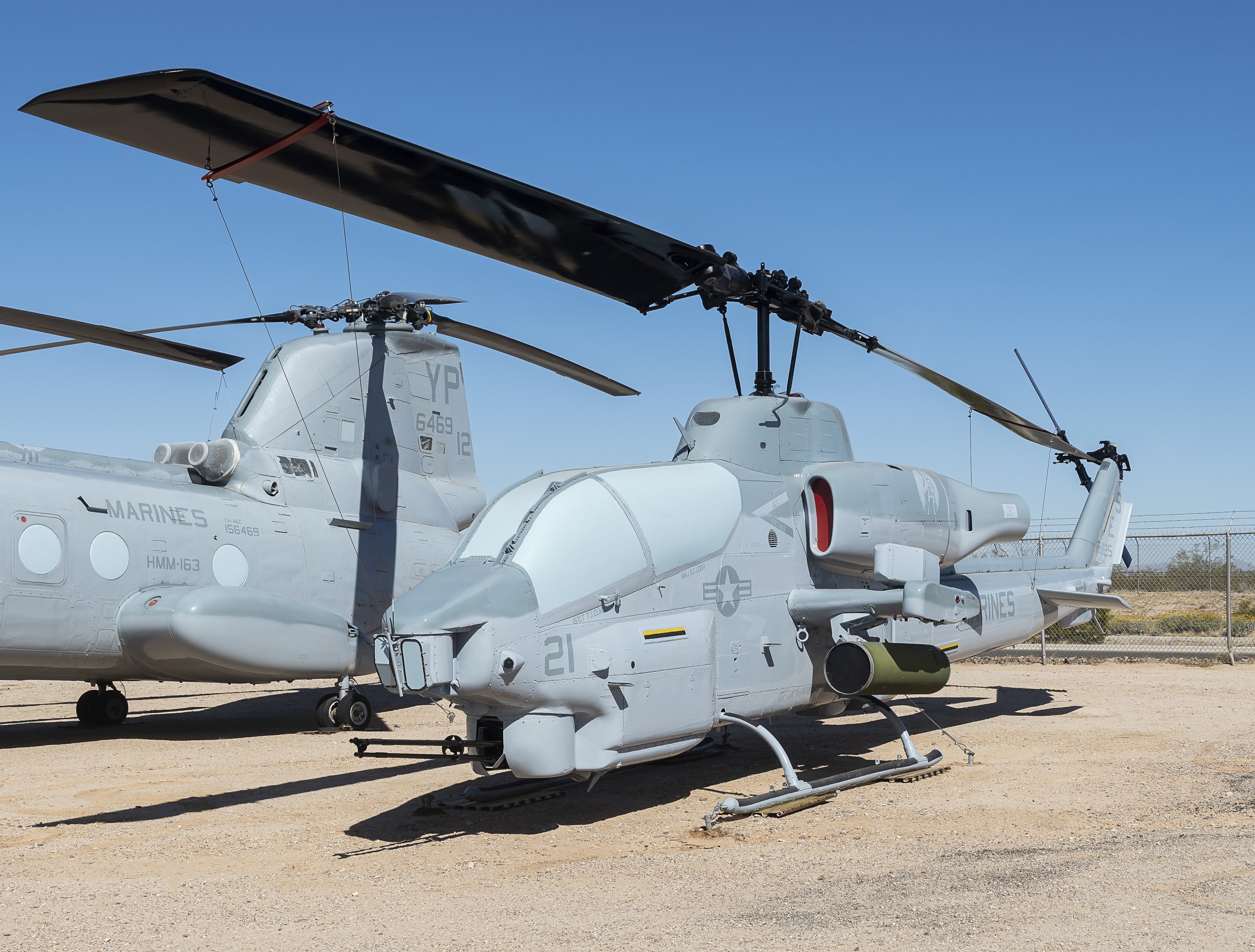 The U.S. Army’s successful use of the Bell AH-1 Cobra attack helicopter in Vietnam led the Marine Corps to consider the Cobra for their own use.  The Marines requested a two-engine version of the helicopter with increased armament.  The AH-1J Sea Cobra was ordered in 1968 and entered service in the early 1970s.  By the late 1970s the Marines were looking for an improved version of the Cobra with greater carrying capacity in hot temperatures.  Bell designed a lengthened version with an improved transmission and more powerful engines.  Designated the AH-1T the new version of the Sea Cobra entered service in the late 1970s.  By the early 1980s the Marines were again looking for an improved attack helicopter.  Denied the AH-64 Apache by Congress the Marines settled on yet another improved version of the Cobra.  Featuring even more powerful engines and improved avionics that allowed the helicopter to use both the Sidewinder air-to-air and Hellfire air-to-ground missiles the new version was designated the AH-1W SuperCobra.  They entered service with the Marine Corps in 1985.  A total of 179 were built with a further 43 AH-1Ts upgraded.  The “Whisky Cobra” served until the last were retired in late 2020.