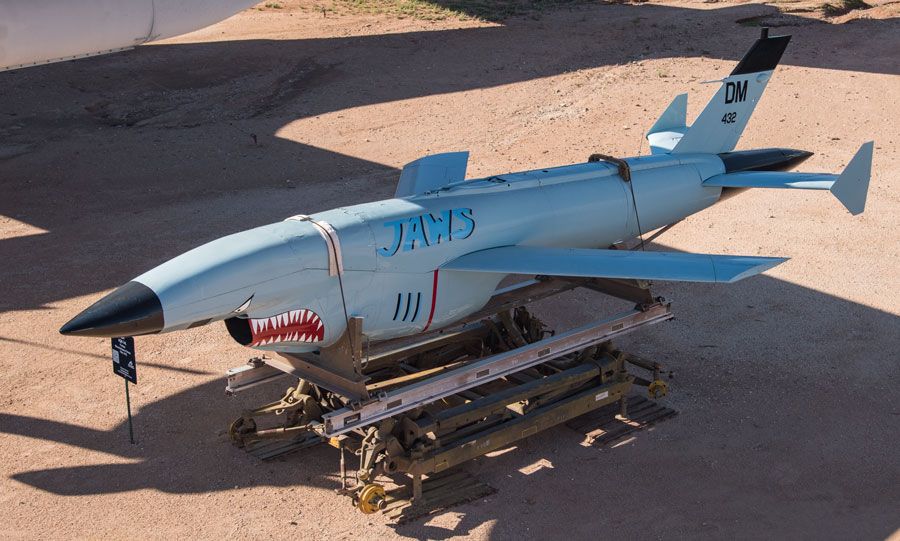 Written by pimaair on November 27, 2019. Posted in Teledyne Ryan. The AQM-34L was developed in the late 1960s from the BQM-34A target drone as a low altitude photographic reconnaissance drone.  They were launched and controlled from the DC-130 Hercules and were extensively used over North Vietnam.  Once the drone had completed its mission it would be directed to a safe area usually over water, where the engine would shut down and a large parachute would deploy.  There were two methods of recovery at that point.  First, it could simply be recovered from the water, but this was not preferred due to the damage saltwater would do to the drone’s systems.  The second, preferred method was to use a helicopter equipped with a special hook system to grab the drone out of the air.