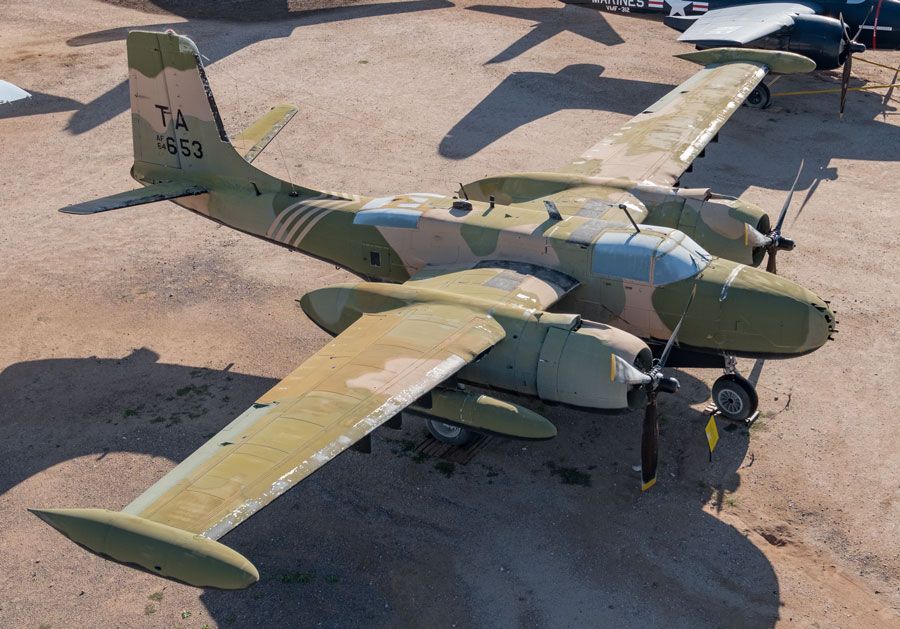 The B-26K is a modified and remanufactured A-26B originally built during World War II.  Aging Douglas B-26Bs were rebuilt by On Mark Engineering of California during 1964 and 1965 for use in the Vietnam War.  Due to political considerations the aircraft were called A-26A during their deployment to Thailand with the 609th Special Operations Squadron.  Their duties in Vietnam primarily consisted of interdicting the flow of North Vietnamese supplies and troops down the Ho Chi Minh Trail.  Invaders served until 1969 when the last of them were returned to the United States.