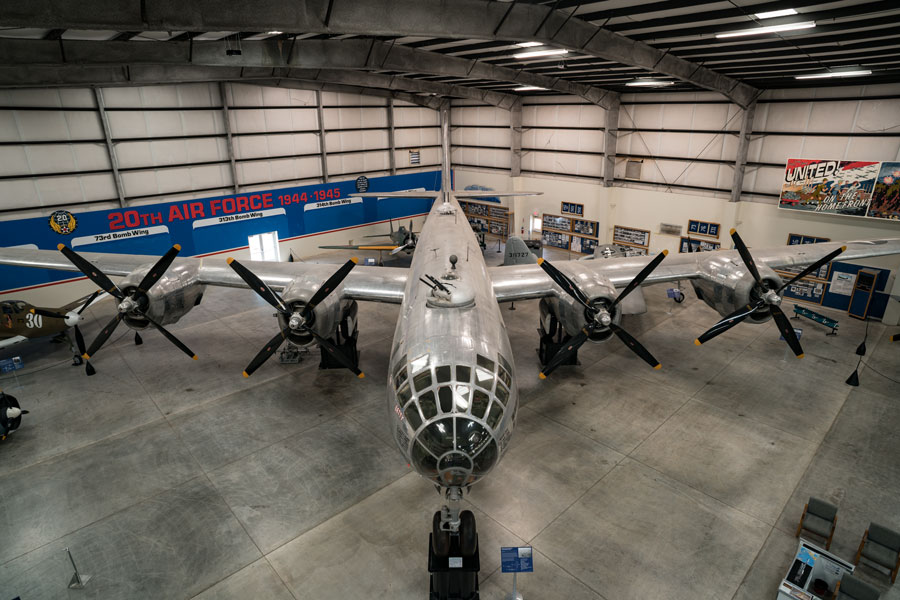 The B-29 was designed as what the Army Air Forces called a “Hemisphere Defense Weapon”.  The 1940 specifications called for an aircraft capable of carrying 20,000 pounds of bombs for 5,333 miles at a speed of 400 miles an hour.  While it did not meet all these goals, the B-29 still carried more bombs higher, farther, and faster than any other bomber of World War II.  It also introduced pressurized crew compartments to American military aircraft which allowed the crews to forego the heavy and awkward cold weather flying clothes that crews of other planes were forced to wear.  Over 3,000 Superfortresses were built and many continued to serve the U.S. Air Force into the early 1950s as bombers, reconnaissance planes, and as refueling tankers.