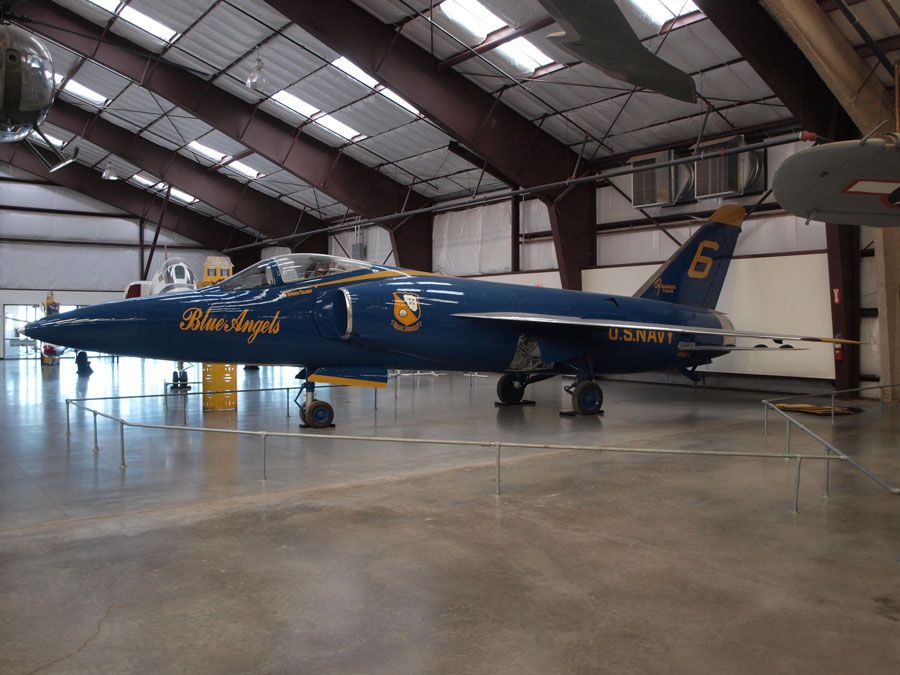 Begun as a supersonic variant of the F9F Cougar the Tiger quickly evolved into an entirely new design with its own designation, F11F-1.  The Tiger showed great early promise as a fighter, but the rapid advancement of aviation technology in the 1950s resulted in the plane’s obsolescence even before it entered service.  Tigers served in front line squadrons for only four years before they were replaced by the F-8 Crusader.  Tigers continued in use in training and testing programs and with the Blue Angels up to the end of the 1960s. The last two flying Tigers were used in a program to test an inflight thrust reverser and made the last Tiger flights in 1975.

Built by Grumman Aircraft, Bethpage, New York and delivered to the U.S. Navy on March 31, 1958.