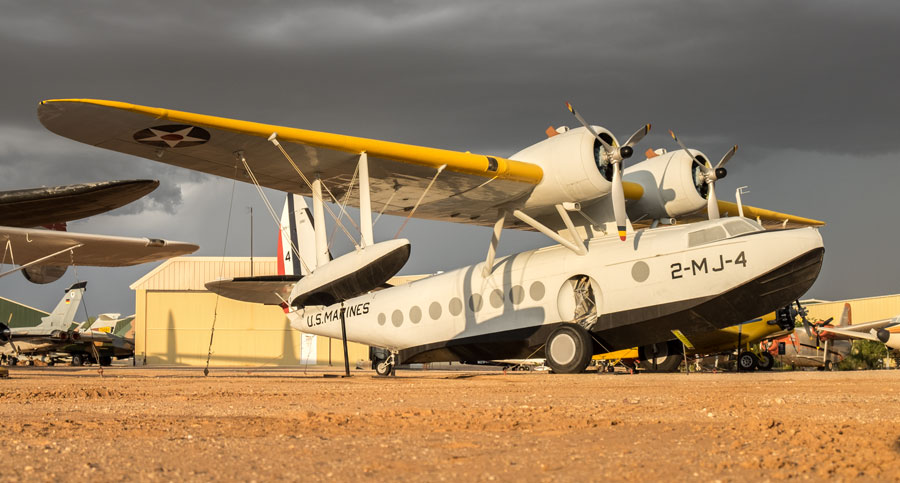 The Sikorsky S-43 and its military cousin, the JRS-1, were designed in the late 1930s as airliners and military personnel transports.  Fifty-three were built between 1937 and 1941 for civilian customers and the U.S. Navy.  A total of three S-43/JRS-1s survive today.  Sometimes called the “Baby Clipper,” S-43s served with Pan American Airlines and other airlines on shorter routes for which the larger flying boats were not needed.  Seventeen of these aircraft were purchased by the Navy with two of them going to the Marine Corps.  Although the aircraft displayed at the Pima Air & Space Museum is actually a civil S-43, it has been painted in the U. S. Marine Corps markings of VMJ-2 out of deference to its owner:  The National Museum of the Marine Corps in Quantico, VA.  The aircraft it represents was destroyed by fire in January 1942.