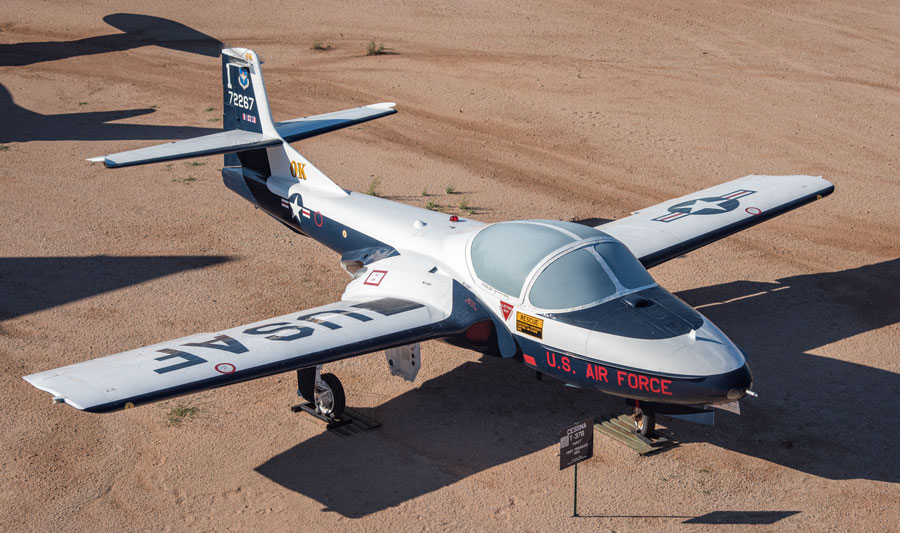 In 1952 the U.S. Air Force released a requirement for a new jet powered primary trainer.  In all eight companies sent in 15 design proposals.  Cessna’s design for a small twin-engine aircraft with side-by-side seating was selected for development and the first flight was made on October 12, 1954.  The original production version of the T-37 was considered to be underpowered, but later versions with a new engine corrected this.  Eventually all T-37A versions were upgraded to T-37B standards.  The plane’s unofficial, but universally used nickname of Tweety Bird or Tweet was derived from the very high-pitched sound made by the aircraft’s jet engines.  More than a dozen countries have used the T-37 for training and light attack duties and a specialized attack version the A-37 was developed for export.  A total of 1,269 T-37 were built with the last one leaving the assembly line in 1967.  The U.S. Air Force retired the last of their Tweets in 2009.  Several foreign nations have also used the Tweet with Columbia, Ecuador, and Pakistan continuing to use them as of 2017.