Written by pimaair on December 5, 2019. Posted in Hawker - Siddeley. 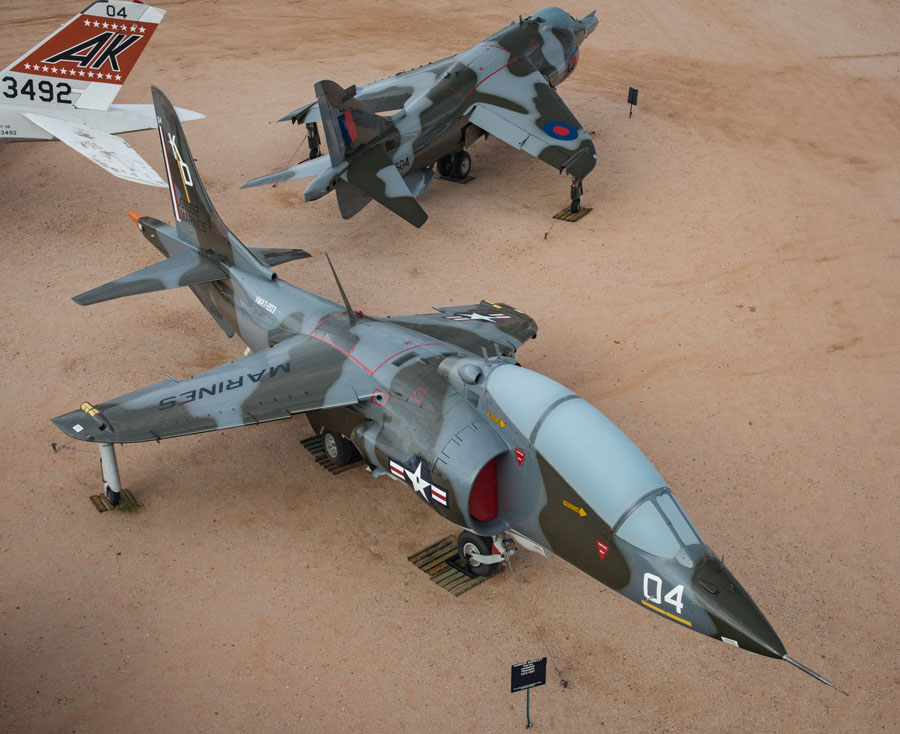 Developed in Great Britain by Hawker Siddeley (later part of British Aerospace) the Harrier is one of only two vertical/short takeoff and landing jets to go into full production.  First placed in service by the Royal Air Force and Royal Navy the Harrier first saw combat in the 1982 Falklands War between Britain and Argentina.  The United States Marine Corps first ordered the Harrier in 1969 with the first deliveries in 1971.

The unique flight characteristics of the Harrier required the development of a dedicated two seat trainer version of the aircraft.  In the United States this first trainer variant was designated the TAV-8A.  A total of eight of the two-seat Harriers were built by BAe for the Marines in 1975 and 1976.  They served until all of the surviving aircraft were replaced by the TAV-8B in 1987.