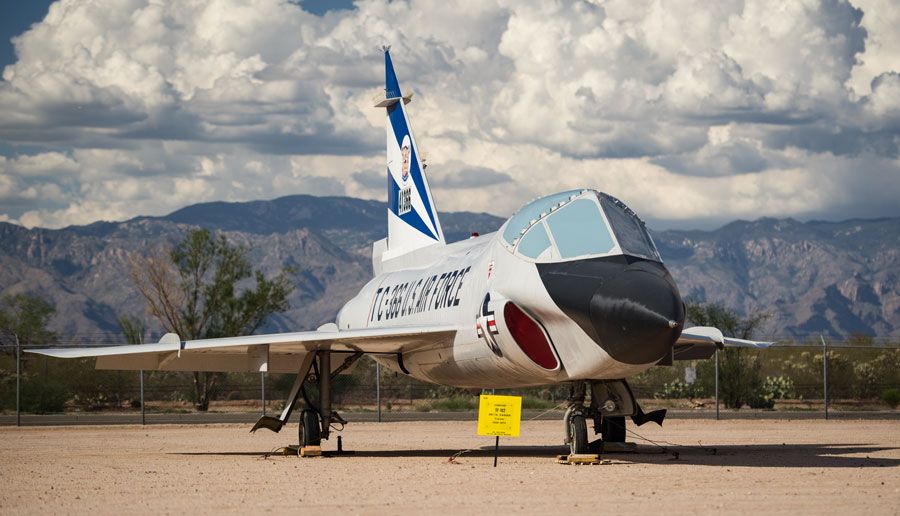 Because the handling characteristics of delta-wing aircraft are very different from conventional aircraft, particularly at take-off and landing it was determined that a dedicated trainer was needed for pilots transitioning to the F-102.  Nicknamed “The Tub” for its redesigned bulbous nose the TF-102A allowed pilots to learn the intricacies of high-speed interceptor tactics as well as of the plane’s tricky handling.  Each squadron that flew Delta Daggers was assigned two trainers as well.  A total of 111 TF-102s were ordered but only 63 were built.