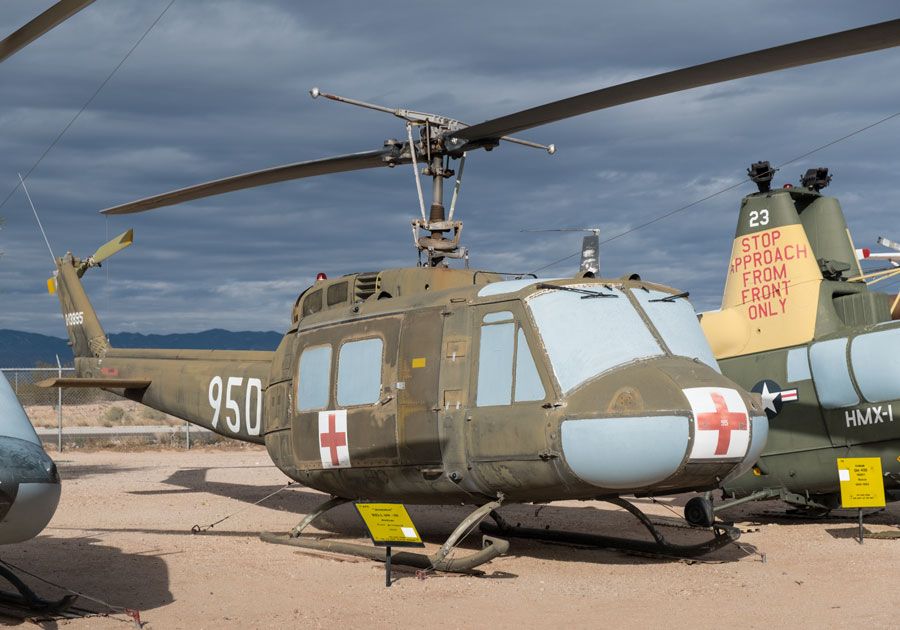 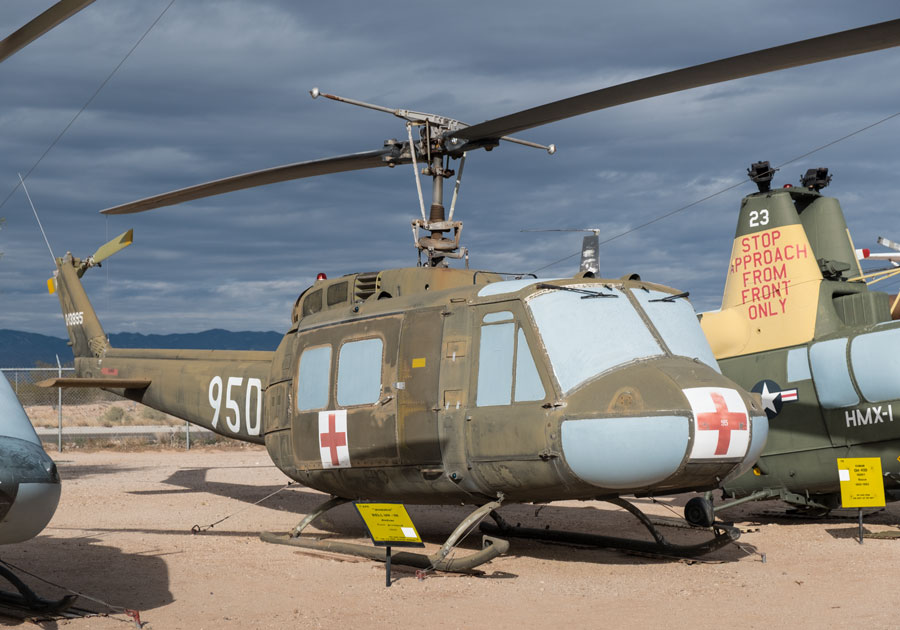 The Bell UH-1 is perhaps the best-known American helicopter in the world.  Made famous by its use in Vietnam, versions of the “Huey” remain in both military and civil service today.  Designated HU-1 by the Army and H-40 by the Air Force, the first Hueys flew in 1958.  In 1962, the designations were changed to UH-1.  By the mid-1960s, Hueys could be found in every branch of the U.S. military and were entering the civil and foreign military markets.  The early models of Hueys were found to be under-powered at high altitudes or in hot conditions.  This resulted in the development of the larger and higher powered UH-1D in 1961.  This model continued to suffer from limited power issues that often prevented them from hovering in the hot conditions that prevailed in Vietnam.  An even more powerful engine was installed resulting in the UH-1H.  Many D models were eventually upgraded to H standards.  Over 5,000 D and H models were built. The last of them retired from Army service in 2016.

Built by Bell Aircraft, Ft. Worth, Texas and delivered to the U.S. Army in November 1965.