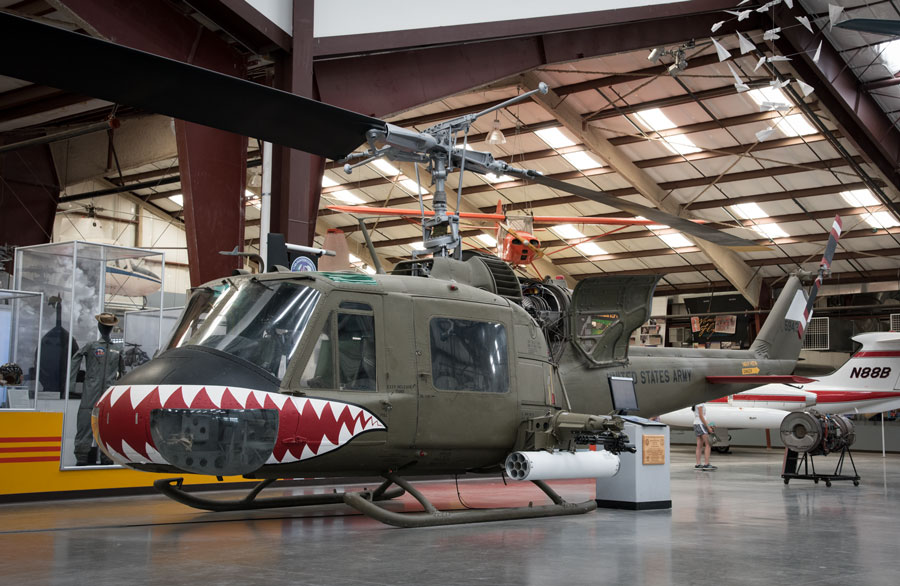 The Bell UH-1 is perhaps the best-known American helicopter in the world.  Made famous by its use in Vietnam, versions of the “Huey” remain in both military and civil service today.  Designated HU-1 by the Army and H-40 by the Air Force, the first Hueys flew in 1958.  In 1962, the designations were changed to UH-1.  By the mid-1960s, Hueys could be found in every branch of the U.S. military and were entering the civil and foreign military markets.  The UH-1B had a more powerful engine and a slightly larger cabin than the A model and was introduced in April 1960.  Many B models were soon upgraded to C models with a larger and more efficient rotor system.  In turn, a small number of UH-1Cs were modified to UH-1M with another more powerful engine and were equipped with night vision equipment and wire-guided missiles.