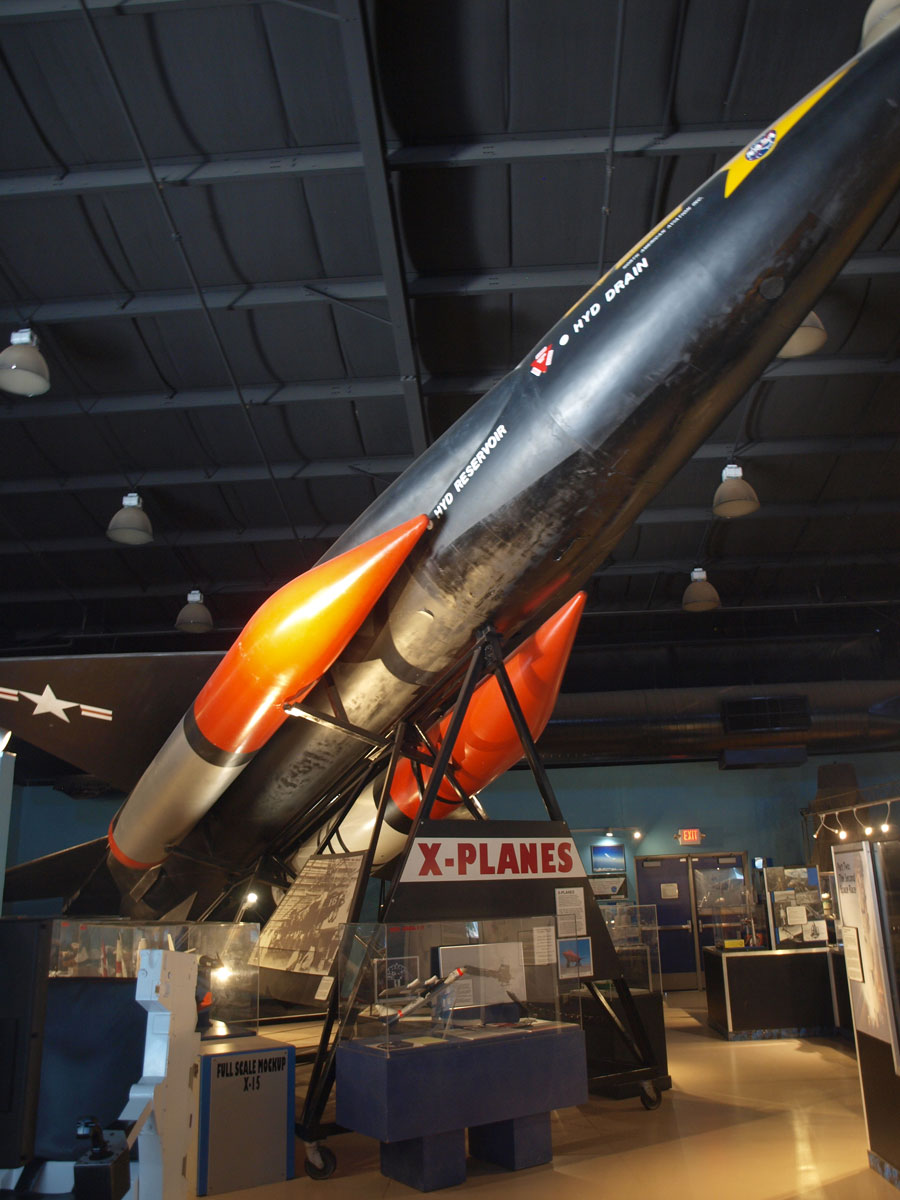 The X-15 is one of the most successful aircraft of the X-Plane series of experimental aircraft.  Designed in the late 1950s to explore high altitudes and high speeds the X-15 flew 199 times and set both altitude and speed records.  Eventually the X-15 flew high enough to earn its pilots Astronaut wings.  It also set the world’s absolute speed record by flying over six times the speed of sound.

North American Aviation built the mockup on display at the Pima Air & Space Museum in 1956.  It was used as a construction guide for the building of the three X-15s that flew at Edwards Air Force Base.  It has been modified to represent the X-15A-2 which added two external fuel tanks to increase the burn time of the aircraft’s rocket engine.