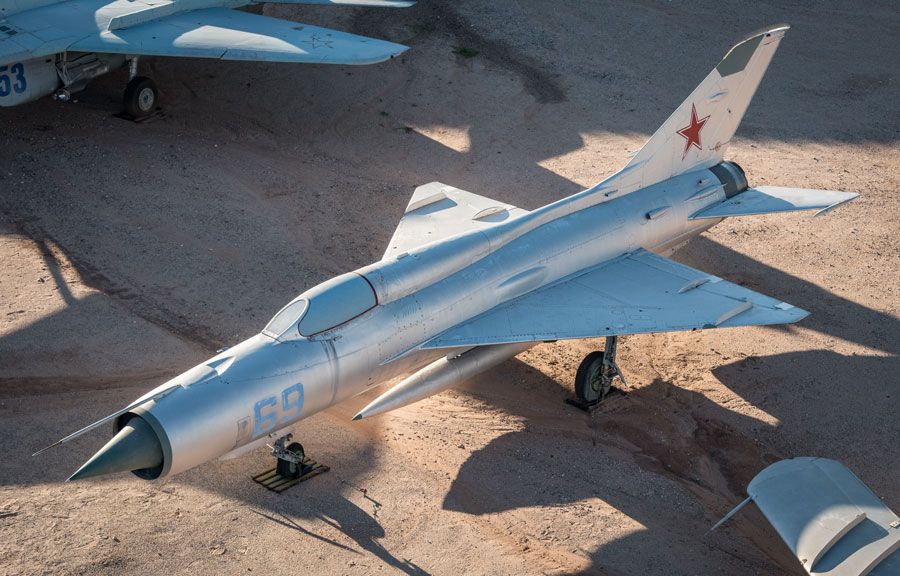 The MiG-21 is the most widely produced and used supersonic fighter ever with over 10,000 built since 1955.  The Fishbed was originally designed as a short-range interceptor to combat the B-52s and B-58s of the U.S. Air Force.  The later MiG-21PF version incorporated a better radar, and slightly longer range for use as an all-weather fighter.  The MiG-21, like its American counterpart the F-4 Phantom, does not have an internal gun and relies on missiles for air-to-air combat.