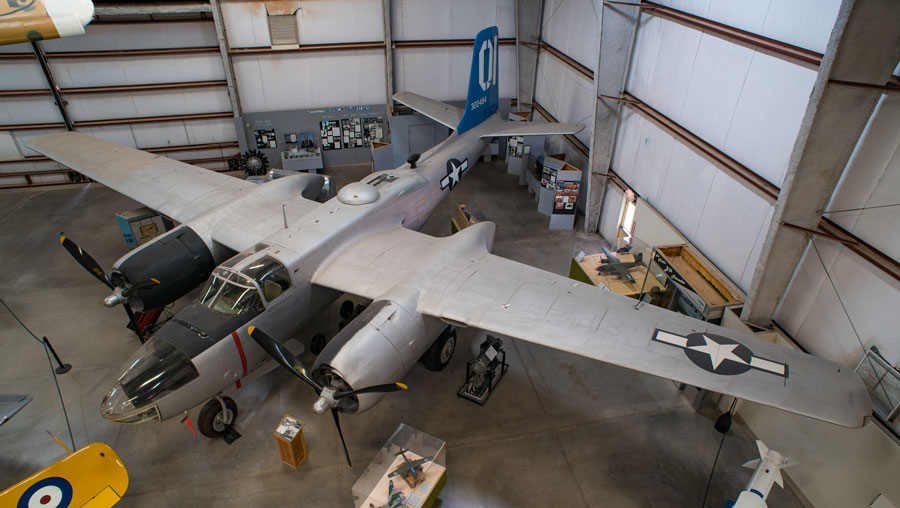 The Douglas A-26 Invader is a light attack bomber.  First proposed in January 1941, the B-26 had its first flight July 10, 1942.  Production delays resulted in a twenty-eight month delay from the first flight to the Invader entering combat.  Over 2000 Invaders were eventually built during the last half of World War II.  Two versions of the Invader were built; the A-26B was equipped with a solid nose and up to 14 machine guns in the nose and wings, the A-26C had a transparent nose to allow for a bombardier to help improve level-bombing accuracy.  After World War II the A-26 was redesignated as B-26 and it was under this designation that they continued to serve through the Vietnam War.