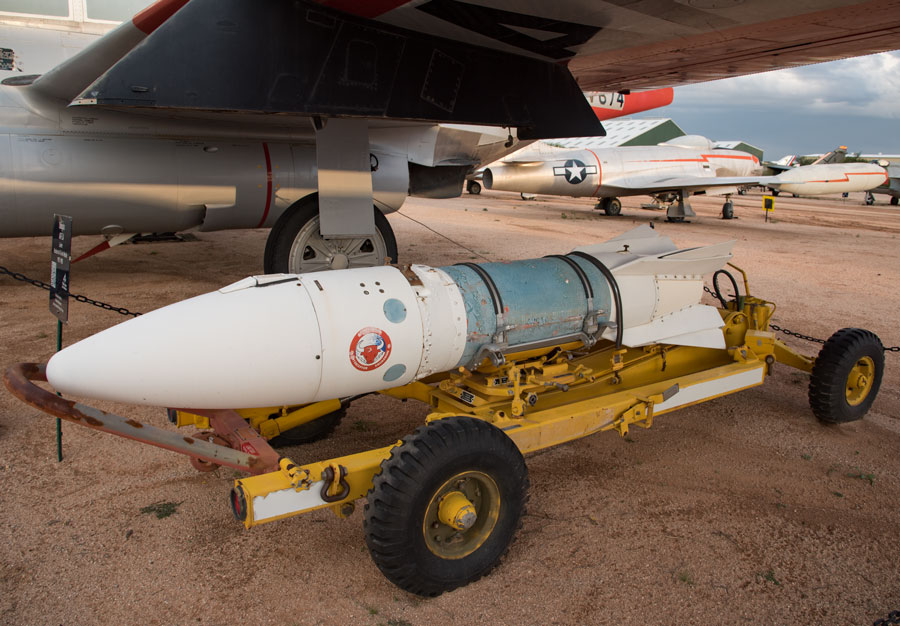 By the mid-1950s it was apparent that traditional fighter weapons were inadequate for intercepting modern high-speed bombers.  The solution would eventually be the development of guided missiles, but at the time this technology was not advanced enough for practical use.  The answer to this problem for the U.S. Air Force was the unguided Genie rocket.  This relatively large rocket contained a 1.5 kiloton nuclear warhead capable of blasting a bomber to bits from 1,000 feet away.  The first and only test firing of a live Genie occurred over the Yucca Flats, Nevada test range on July 19, 1957.  The F-89, F-101 and F-106 interceptors carried the Genie.  It finally retired from service with the F-106s in the mid-1980s.  The missile on display is an inert training missile that never had a warhead and is on loan to the museum from the National Museum of the United States Air Force.