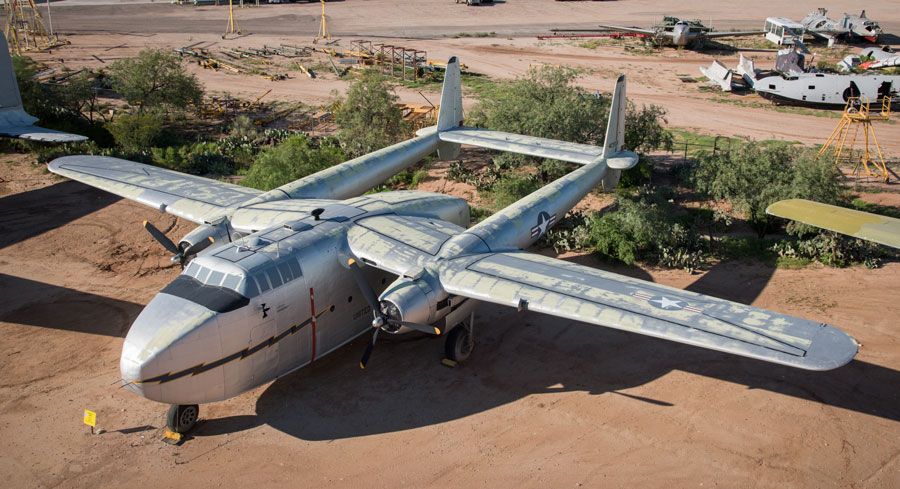 Designed in 1941 in response to an Army Air Force requirement for a new cargo plane capable of ground-level loading, paratroop operations, and glider towing, the C-82 incorporated several innovations that have become standard in military cargo aircraft.  These include rear loading doors, a high wing, and an unobstructed cargo area.  The rear passenger doors allowed the easy dropping of paratroopers and the removal of the rear clam-shell doors allowed the dropping of larger cargos and vehicles.  The C-82 first flew in September 1944 and over 220 had been delivered when production ended in 1948.