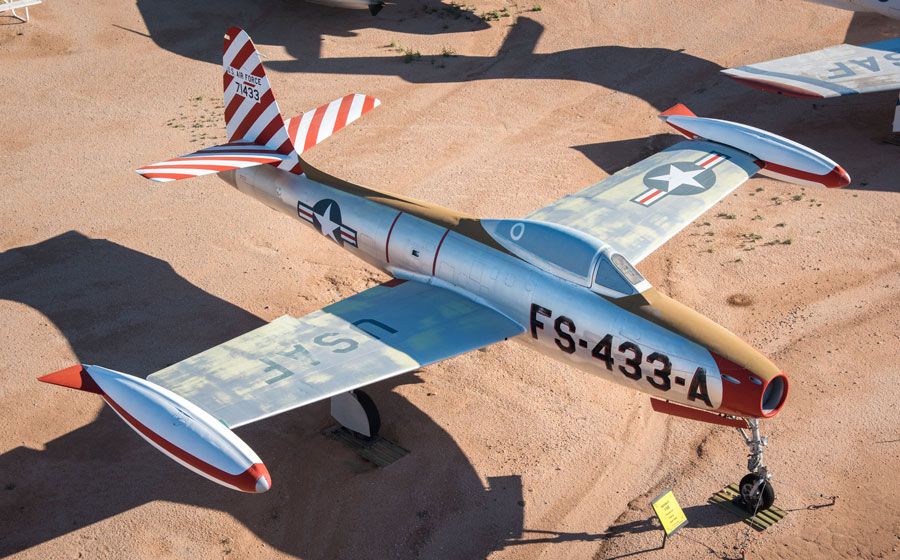 The F-84 is Republic’s entry into America’s first generation of jet fighters.  It was designed in 1944 in response to an Army Air Force request for a 600-mile per hour fighter and was seen as the successor to the P-47 Thunderbolt.  The first prototype flew in February 1946.  The second prototype set an American speed record later that year.  Several versions of the F-84 were built, some with very significant differences including; straight and swept wings, different engine air intakes, and several engine versions.  The F-84 saw extensive use as a fighter-bomber during the Korean War.  The F-84C closely resembled the earlier versions with a straight wing but used a slightly improved engine that allowed a heavier weight.  A total of 191 F-84Cs were built.