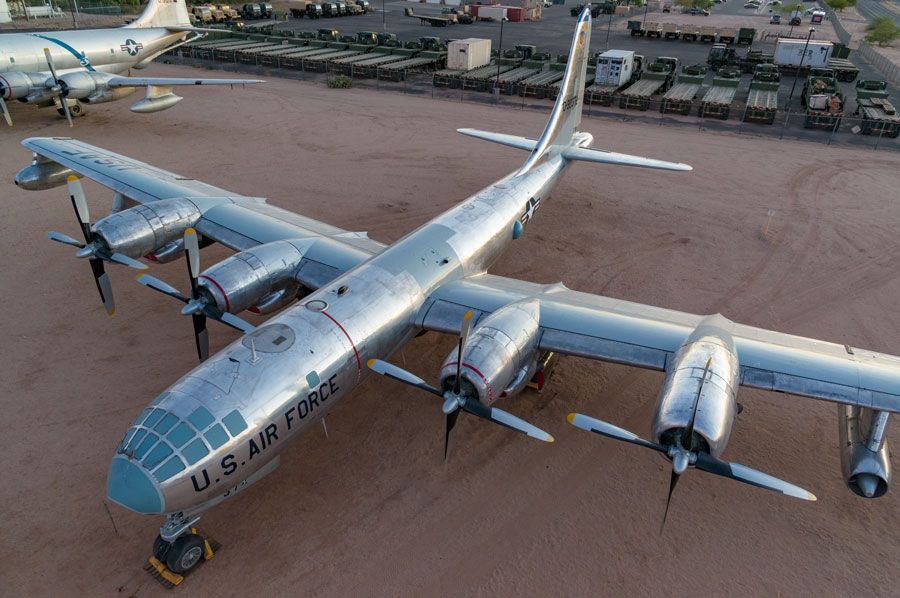 The Boeing B-50 began as an upgrade to the highly successful B-29.  However, the large number of changes made, new engines, modified wings, and a larger tail being just a few, resulted in a new designation for the aircraft.  The first aircraft entered service in 1947 and eventually 370 were built.  As the B-50s began to be replaced by other types of bombers they were modified for use as aerial refueling tankers by the Tactical Air Command.  The first modifications involved removing all armament and installing extra fuel tanks in the fuselage and under the wings.  Eventually, greater speed was needed to keep up with the faster fighters in use and the external tanks were replaced by two J-47 turbojet engines.  In this form they continued to serve well into the 1960s.