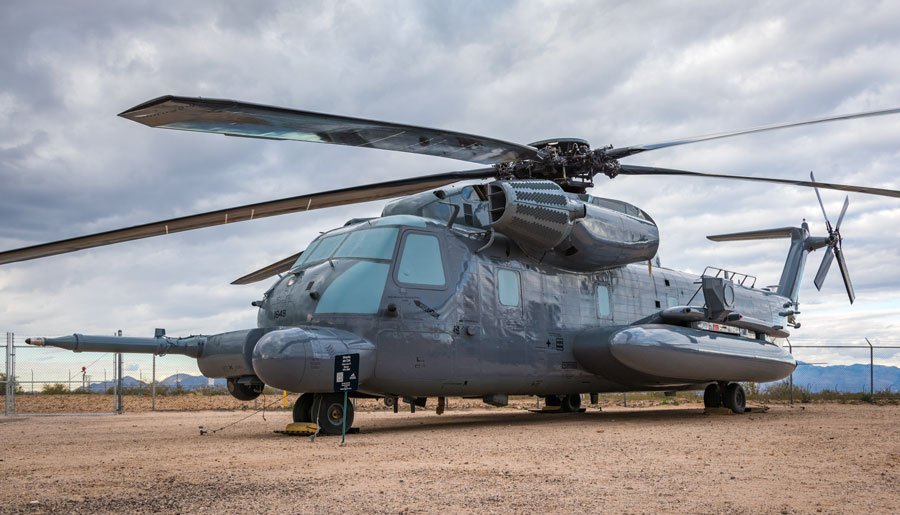 The MH-53M is the last version of the H-53 Super Jolly Green Giant that was developed during the Vietnam War.  The H-53 was designed by Sikorsky to meet an Air Force requirement for a long-range Combat Search and Rescue helicopter to supplement the HH-3 Jolly Green Giant.  Based on the CH-53A Sea Stallion, the HH-53B entered service in 1967, quickly followed by the HH-53C.  The Air Force was very happy with the performance of the helicopter, both in the search and rescue role and as a transport for Special Forces troops.  The only drawback of the helicopter was a lack of all-weather and night capability.  To address this, the HH-53s were modified with night vision equipment and other sensors under a program called “Pave Low.”  The upgraded helicopters were redesignated as MH-53H.  The final upgrade came with the MH-53M Pave Low IV which gave the helicopters even more capabilities, with onboard mission planning computers and satellite communications allowing planning of routes and missions while airborne.