Written by pimaair on December 5, 2019. Posted in Hughes. 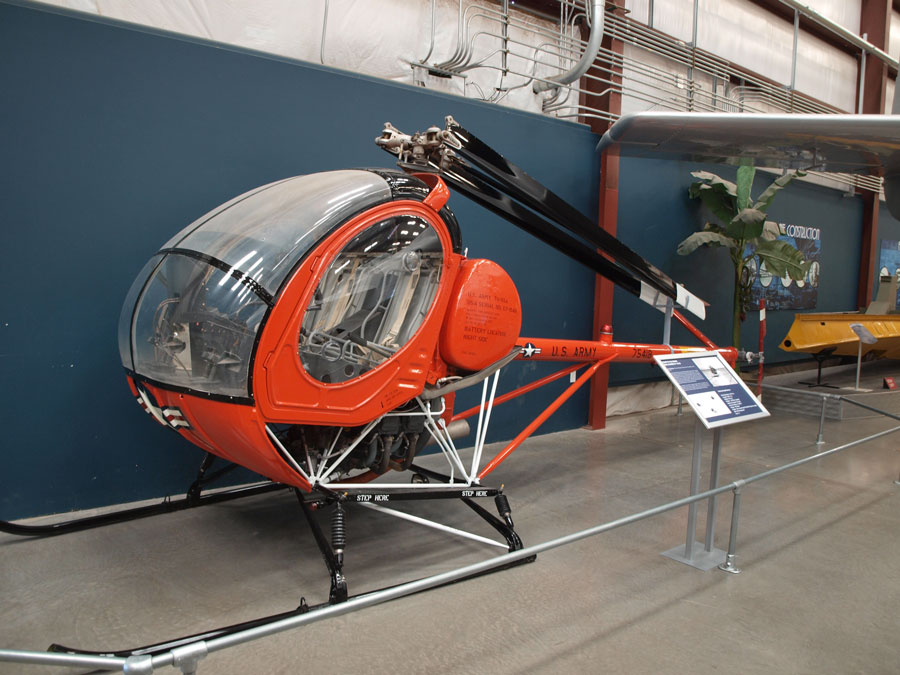 The Osage was first flown as the civilian Model 269 in October 1956.  It proved quite popular for training and with police and corporate owners.  In 1964, it was selected by the U.S. Army as its primary helicopter trainer and was given the designation TH-55A and the name Osage.  TH-55’s served until 1988, but they saw the most use during the Vietnam War when the Army’s need for helicopter pilots was virtually insatiable.  Nearly 800 Osages were built for the Army and many of them found their way onto the civil market after they were retired where they remain a popular light helicopter.