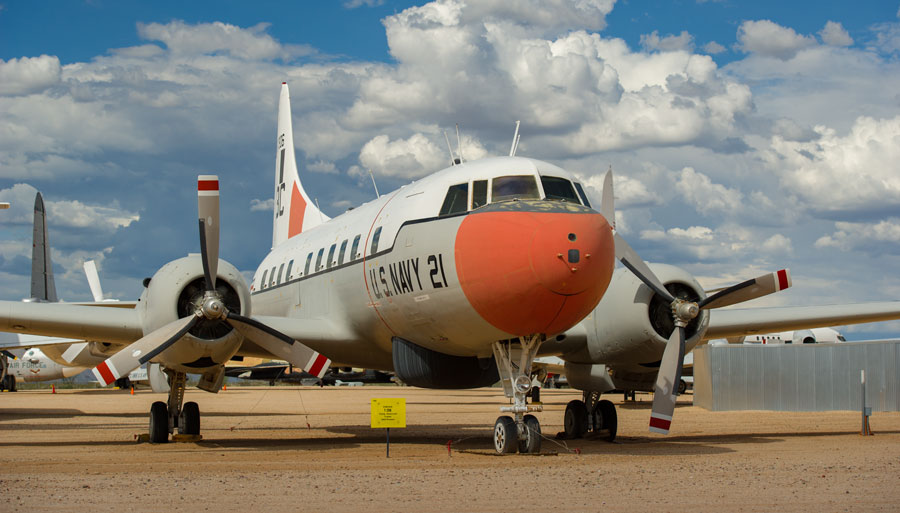 Based on the commercial CV-240 airliner the T-29 entered service with the U.S Air Force in 1950 as a navigation and radar trainer.  They were modified with several astrodomes in the top of the fuselage for the student navigators to practice celestial navigation.  Two years later the improved T-29B introduced a pressurized cabin with accommodation for ten navigation students and four student radar operators.  The T-29 remained in service until the mid 1970s.